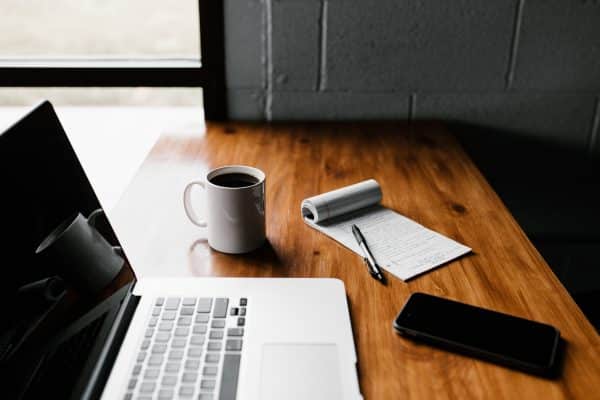 Online therapy can literately be described as using technology as an aid to counselling. When discussing the use of technology within therapy I am referring to the medium in which therapy is conducted, not the myriad of applications that adapt hardware and software to allow those with physical impairments to engage in counselling. The use of technology as a part of therapy has the potential to change the profession of talking therapies as we know it. Practitioners appear to have mixed reactions; either being challenged and excited by new opportunities or feeling sceptical, overwhelmed or even frightened by this significantly different way of providing counselling in contrast to traditional methods (Anthony, 2003).

“Another problem with the net is that it’s still ‘technology’, and ‘technology’, as the computer scientist Bran Ferren memorably defined it, is ‘stuff that doesn’t work yet’. We no longer think of chairs as technology, we just think of them as chairs.” (Adams, 1999, p. no page)

Personally, I have seen the rise and fall of the compact disc (CDs) and minidisk, the move from digital versatile discs (DVDs) to Blu-ray. The change of being shouted out for being on dial up internet when the landline telephone was needed, to being constantly connected to the world wide web in some way. The future prospects that are available within the continuous amalgamation of computers and counselling are extremely exciting to me. This is perhaps a reflection of being born in a time frame, from 1980 onwards, where myself and others are considered to be digitally native. In this we are believed to be “native speakers” of the digital language in regards to computers, social media, video games and the internet (Prensky, 2001). However Anthony (2003) warns that to blindly leap into embracing technology without considering how to practice using it safely and ethically within counselling is naïve at best, and at worst dangerous for both client and practitioner. On the other hand, to ignore the integration of technology completely, especially as it becomes such a large part of our daily lives, rules out the option for clients to have a choice, as well as the possibilities it may bring, such as improved efficiency.

Barak et al. (2008) states that technology is slowly but surely finding its way into the therapy room, most commonly in the form of online counselling. Yet it is arguable that technology has already been a recognisable part of therapy and that this is merely now a shift. This would be a move from using technology within therapy, such as tape recording sessions and logging session notes on a computer, to therapy being facilitated by technology. For example self-help cassette tapes were available during in the 1970s (Lang, Melamed, & Hart, 1970) as well as the computer program ELIZA (Weizenbaum, 1966). This programme and its enhanced version by Colby, Watt, and Gilbert (1966) would simulate a counselling session by detecting keywords in a client’s inputted text and reflecting it back using pre-set scripts in a Rogerian manner. The Turing Test developed by Alan Turning (Turing, 1950) is a test in which a human judge has a text conversation with unseen players and evaluates their responses. To pass the test a computer must be able to replace one of the players without substantially changing the results. In other words, a computer would be considered intelligent if its conversation could not be easily distinguished from humans. This means that according to this test ELIZA may well have been the first programme to meet the requirements to be considered as artificial intelligence due to the way in which this program can simulate conversation by adapting to the keywords. However, whilst considered to meet the requirements, ELIZA did not pass the test because after a few minutes of interacting, the conversation becomes hindered and it is obvious that you are talking to a machine.

At the time ELIZA was considered an innovation, yet the limited natural language-processing capacities of the program and the inability to create an internal model representing the users responses were found to be frustrating (Zarr, 1984). However, this simulated therapy was found to still be highly significant in facilitating a therapeutic relationship (McGuire & Babbott, 1967; Slack & Slack, 1977; Weizenbaum, 1966). Therefore, this style of self-help in the form of internet-operated software with robotic simulation certainly holds therapeutic value. As we continue to create and integrate technology efficiently into day-to-day therapeutic practice there will be a tipping point where we will cease to call it technology; it will merely be another way in which therapy is done, as highlighted by the quote from Adams (1999) at the beginning of this section. To greater understand the different ways in which technology is being used to facilitate therapy Anthony (2003) has summarised four parameters of using technology in a therapeutic setting;

The following section will go on to greater explain the types of online counselling that currently exist.

What is Online Therapy?

In 1995, the first individual to pay for online therapy was recorded (Anthony, 2003). Since then the practice of online counselling has increased, as predicted by Norcross, Hedges, and Prochaska (2002), and I believe that it will continue to do so as the years go by. As online counselling has developed from the days of ELIZA, multiple ways in which therapy is mediated have emerged. This therefore leads to the problem that there is currently no single definition to describe online counselling (Barak, Kling & Proudfoot, 2009). This has led to the term of online counselling being used interchangeably with other expressions such as: internet therapy/counselling, e-therapy/counselling, cyber-therapy, computer mediated therapy, computer aided therapy, and chat support. There are various forms in which online counselling is presented in: this includes online support groups, counselling via webcam, and synchronous/asynchronous text based counselling (Murphy et al., 2009). To further specify, a recent systematic review by Dowling and Rickwood (2013) summarised the model by Barak, Klein & Proudfoot (2009) with the intention of providing clear definitions on internet supported interventions. These are categorised and include subtypes for the different types of therapy services that are provided online, this can be seen in Table 2. This section will go on to discuss both the cost effectiveness of online therapy and compare it to other mediums of therapy before discussing its therapeutic effectiveness. Both of which are factors that could influence its implementation as the popularity of technology grows.

Quest Psychology Services are specialists in providing online therapy  and counselling within Salford, Manchester. To discuss getting help yourself call us on 07932737335