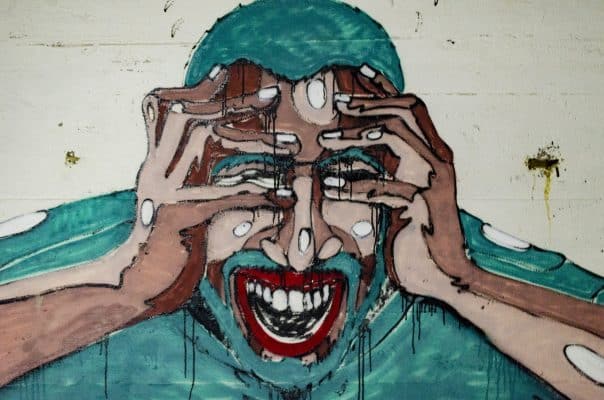 Anxiety and agoraphobia are two of the most searched for terms related to mental health in the UK. On average the two terms are searched for 122,000 times a month on google suggesting a large need for help with this area. Agoraphobia is typically found in up to 3% of the population. Mainly people aged 20-30 with it being twice as prevalent in women. But anyone can suffer from this regardless of age, sex or gender.

Under the 5th Diagnostic and Statistical Manual of Mental Disorders it defines agoraphobia as a condition where individuals have a disproportionate fear of public places. People often see environments as too crowded, too open and too dangerous. They judgements are usually about a fear of becoming ill, hurt or fear of public scrutiny or embarrassment like falling over and being made fun of. Agoraphobia is classified as an anxiety disorder and is often seen as symptoms of panic and distress which interferes with someone’s day to day living. As a result, people become isolated, end up needing to rely on others too much and stop leaving the house.

People often ask about the why. Why is this happening? Why me? What causes this? In essence there is not a single cause of agoraphobia as it has been linked to chemical or hormonal imbalances in the brain and body, certain personality types particularly in people who need significant amounts of control or approval, it can be learned from role models who display excessive control or fear themselves. In addition to this there are other causes such as a lack of spatial awareness or experiencing a trauma. But regardless of the cause there are ways of working with and overcoming agoraphobia.

On the one hand some people get benefit from using medication such as selective serotonin reuptake inhibitors (SSRI) to help their mood and lessen their anxiety. Beta-blockers have also been found to be useful by lowering the heart rate to help manage some of the physical symptoms that cause a cycle of panic. In addition to this anxiolytic medication sometimes in the form of benzodiazepines can reduce anxiety.

There are however other ways of overcoming agoraphobia in the form of self-help and cognitive behavioural therapy.

First it is important to look at why the agoraphobia is continuing. This could be because of physical feelings you have when people get anxious like hyperventilating, sweating, shaking or heart racing. This could also be thoughts and worries like “I am going to be hit by a car.”, “I’m going to not be able to breathe and die.” Or it could be maintained by behaviour. We try and avoid the thing that is making us anxious. The elements are not only symptoms of agoraphobia but also what specifically keeps it going.

To overcome agoraphobia the main part of treatment is exposure in which studies have shown between 60-70% of people make an improvement. Gradually facing the fear going up in very small steps until the anxiety goes away. Anxiety often increases at the point of a trigger but over time it will naturally fall as we become used to the situation and as our hormones change once we see the threat has lessened. It sounds incredibly difficult but most of us have done it at some point. We can think of this like learning to drive a car. At the beginning it is very scary and so we start at a quiet time of the day on quiet roads with someone who can also control the car if needs be. Then we slowly build up to more busier times, more difficult manoeuvres and eventually get to the point where we drive without another person there. This is one of the benefits of why we have driving lessons for only an hour but repeat it multiple times to increase our confidence.

The golden rules of exposure are:

It is useful to think of therapy in this way; right now, you are getting short-term relief by escaping and avoiding what makes you anxious, but this is not a long-term solution. Exposure therapy will provoke short-term anxiety but lasting relief.

To be important and meaningful to you it is useful to almost create a ladder of at least ten things going from easiest to hardest. The difficulty can increase in your individual way whether that is the length of time, the particular place or whether you start to go by yourself and not with someone escorting you.

Now, it is all well and good suggesting that you go and expose yourself to the difficulties you’ve been facing for what I imagine is a long time. But how do you cope whilst you are doing it? One way is to take with you a few statements that challenge your thoughts examples of this might be “I feel anxious, but it cannot hurt me.” Or “these feelings will pass.” Another way to deal with it might be to utilise different types of mindfulness and focus on your breathing or 5 senses whilst attempting to do your task of going out.

If at any point in your journey up the steps you get stuck, it may be because the gap between the two steps is too great and a middle point needs to be put in to help you move forward. It is also not uncommon to get past the avoidance but still have the thoughts associated with this. Over time these thoughts will reduce as you get more and more used to going out.

Quest Psychology Services are specialists in providing psychology and counselling within Salford, Manchester. To discuss getting help yourself call us on 07932737335